Sigridur Thorgeirsdottir is professor of philosophy at the University of Iceland. She has done work in feminist philosophy, philosophy of nature and the body as well as research into Nietzsche´s philosophy. She has published books on Nietzsche, Arendt, Beauvoir, feminist philosophy, and women in the history of philosophy. She believes that embodied, philosophical thinking has much to contribute to education in general, and has in recent years began to learn the methods of embodied critical thinking. She is one of the founders and first chair of the board of the United Nations University GEST-Programme at the University of Iceland, part of the group that ran the Nordic Gender and Philosophy summer schools, and also chair of the committee for gender issues of FISP that sponsors the world congress of philosophy. Further information on UoI website.

Björn Þorsteinsson is a professor of philosophy at the University of Iceland. He is the author of La question de la justice chez Jacques Derrida (Paris, L’Harmattan 2007) as well as of numerous other books and articles written in Icelandic, English, French and Danish. His teaching and research interests are within 19th and 20th century French and German philosophy, including phenomenology, German idealism and the critique of ideology. See here for his English CV. 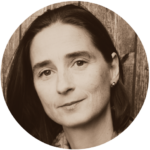 Donata Schoeller is a senior lecturer at the University of Koblenz. She has taught at the University of Zurich, at the ETH Zurich, and in the last four years at universities in the US. A grant of the Swiss National Science Foundation has funded her Habilitation, which is about to be published by De Gruyter, Humanprojekt Reihe in 2018 under the title Close Talking: Erleben zu Sprache bringen. Her research elaborates an embodied approach to meaning, based on hermeneutical, phenomenological, pragmatist and psychotherapeutic perspectives, as well as on the cognitive sciences. She is a trainer in the mindfulness practices of Focusing and Thinking-at-the-Edge, which she teaches at universities internationally (ETH Zurich, University of Zurich, University of Chicago, DePaul University Chicago, Technion Haifa, University of Iceland, University of Koblenz). She has been trained in the Elicitation-Method by Claire Petitmengin and is part of the Micro-Phenomenology Laboratory, Paris. See here for her CV and Publications. 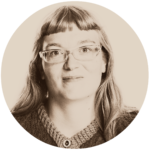 Guðbjörg R. Jóhannesdóttir is a post-doctoral researcher at the University of Iceland’s Institute for philosophy and a lecturer at the Iceland University of the Arts. In her research within environmental aesthetics and ethics she has focused on the aesthetic value of landscape and her current research within phenomenology and aesthetics focuses on human-environment / body-landscape relations and processes, and their role in human thinking and understanding. 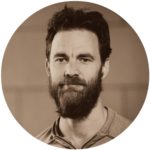 Steinunn Hreinsdóttir is a doctoral student in philosophy at the University of Iceland. She is working on a dissertation on the mimetic method as an extension of analytical thinking to transformative critical thinking, linked to creative powers of embodied subjective expression, bodily self-awareness and lived experience. The basis of her work on mimesis is Luce Irigaray’s philosophy of sexual difference. She is interested in philosophy of language, experiential phenomenology, ontological epistemology and new materialism. She did her graduate studies at the Copenhagen University and at the University of Icland. For further information.

Gústav Adolf Bergmann Sigurbjörnsson is a doctoral student the University of Iceland. He works on applying the phenomenological analysis of the homeworld/alienworld problematic and of normality and abnormality to issues in social epistemology. Of particular interest to him are the works of Miranda Fricker and her account of epistemic injustice, dealing with how experiential realities, even within communities that seem relatively homogeneous, fail to be communicated. Here the current public discourse around sexual harassment and the #MeToo movement serves as vivid example. The current focus of his work is the nature of communication and understanding the other, primarily looking at the interaction between empathy, speech and affectivity 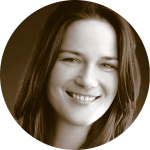 Monika Lindner is a doctoral student in multicultural educational sciences at the University of Koblenz-Landau who conducts her research in collaboration with the  “Embodied Critical Thinking” project. She is a quantitative and qualitative researcher and trained in Microphenomenology, Focusing and “Thinking at the Edge” (TAE). Her research questions center on how a society of immigration can take into account the specific intricacy of individuals’ life. When we encounter people from several cultures, we are used to create differences and commonalities. We structure and pattern situations along indicators like culture, nation, migration background, language, experiences, color, gender, etc., Thus, we feel confronted with an emerging web of conceptualized complexity that leads easily to an overwhelming diagnosis of an increasing “heterogeneity”. The project is rooted in an ethnographic field study of interactions between teachers and parents in a primary school in the context of cultural diversity in Germany. This project is meant to deepen understanding of how “heterogeneity x homogeneity” is a highly complex as well as situative sensitive occurring.

Emil Månsson is a doctoral student in philosophy at the University of Iceland. His dissertation work is premised on the unfolding fact that we as a species, if not as people, are killing the living planet we inhabit. What does this profound reality mean for all life on Earth, and what does it mean for human beings? Living well has always been a key objective of philosophy, both in European-Western contemplation (e.g. Aristotelian eudaimonia) and non-western indigenous traditions (e.g. Buddhist and Queachua). But how does one live well in a world that endorse competition over cooperation, economic growth over ecological sustainability, and mass extinction over co-existence? In short, how does one live well in a dying world? And further, how does one adapt to an impending reality of civilizational collapse? What does it mean to philosophize in the face of utter self- and other-destruction?